Here are the results. Please add your race comments! 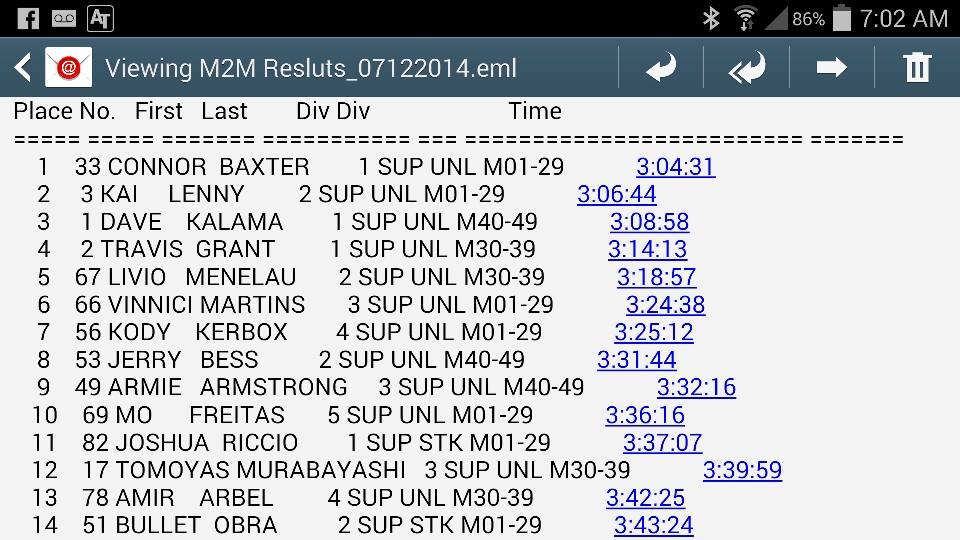 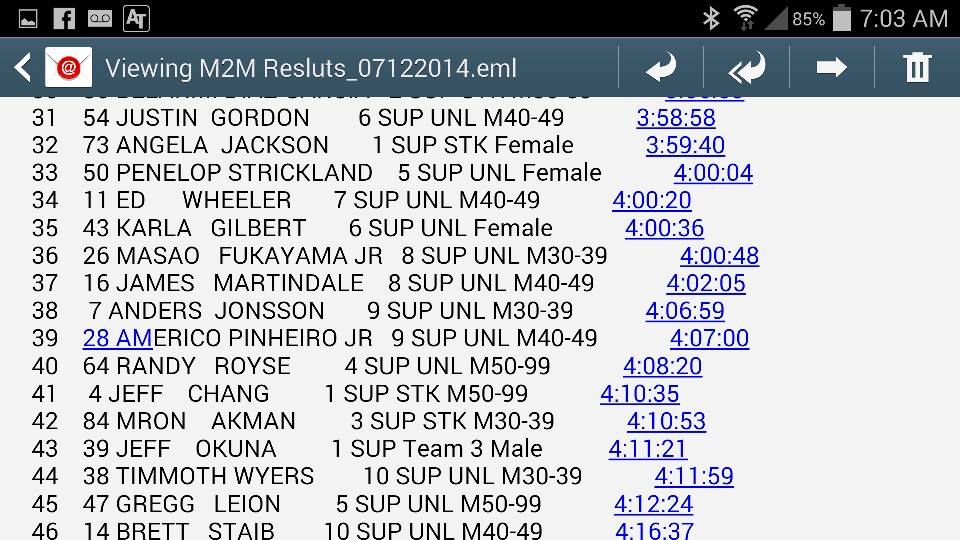 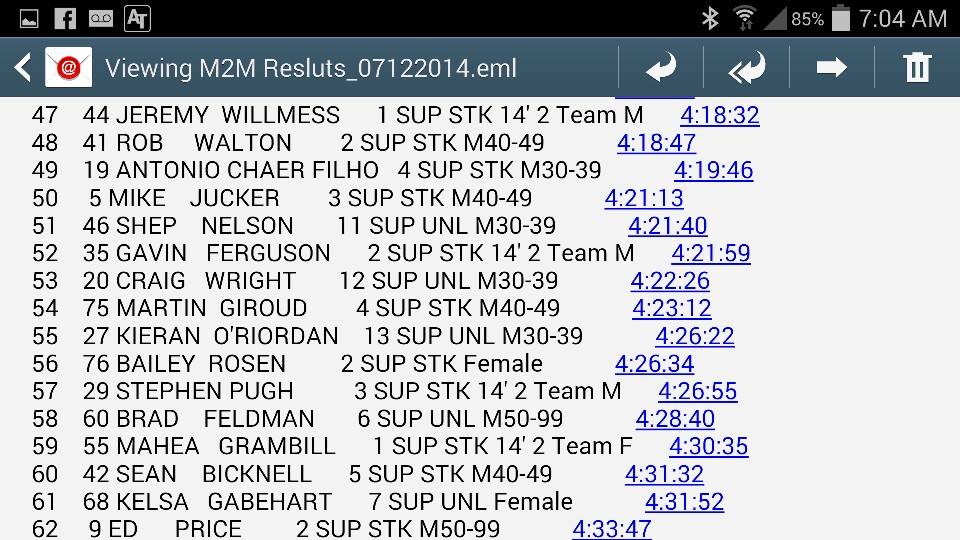 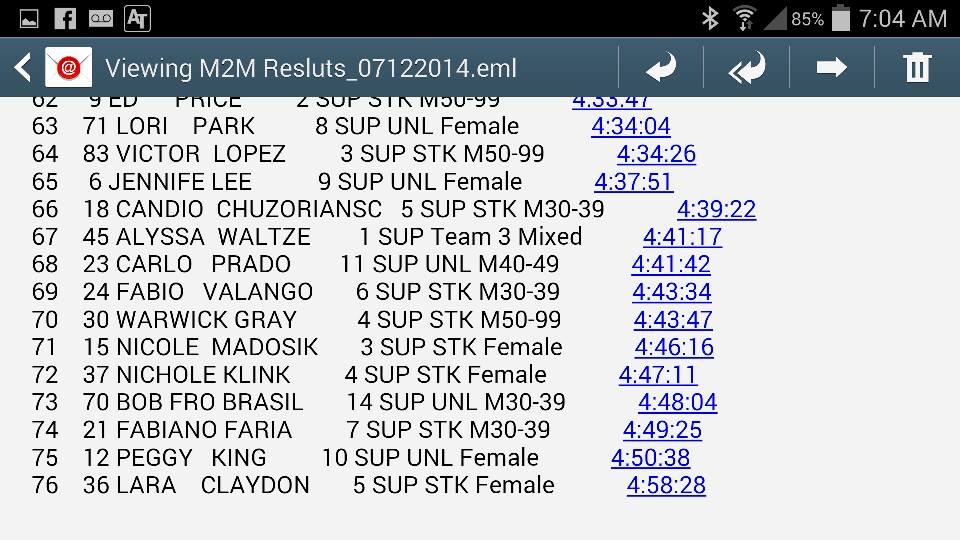 Here’s my race recap. I’m pretty stoked with my overall time of 3:58:58 and 32 overall. I’m so sore this morning! It seemed like we had to paddle over 2 hours before getting into consistently nice bumps to surf. And the first 2 hours was not smooth water, but rough seas where it was very hard to catch bumps. I heard from several others that this was the toughest time racing this course. At the start of the race, the wind and bumps were blowing straight toward Lanai to the left, but we had to go to Molokai to the right. And the bumps were more big swells that were hard to catch.

A few things I wish I did differently:

Last night, I thought, “I’m never doing this again.”. This morning I woke up and thought, shootz, I gotta do betta da next year.

The Pai’lolo Channel Crossing M2M is THE BEST long distance race on the planet. In 2010/12 Pai’lolo had THE BEST Downwind conditions I’ve ever seen for a Downwind race. There were only 25 of us at the starting line in 2010 with conditions looking really good. The wind was on your back - 25 knots, good 4 feet of ocean swell. You could see the corduroy lines of chop up ahead then all of a sudden you’re in this big trough & the trough turns into a nice glassy bit of ocean. I guess you’re so far down in the trough you’re out of the wind & you’re just surfing this ocean swell for BULK. Like you’re in the trough standing as far back as you could get on the board just surfing from rail to rail, maybe giving a stroke of your paddle every 10 or so seconds just to stay down in the trough.

This years Pai’lolo 2014 Channel Crossing had a record breaking 76 competitors lining up. Conditions for this years race was very ordinary with small choppy seas, no real big ocean swells with a reverse current the whole way making the run Brutal with a lot of just paddle power. I would rate this years Pai’lolo Channel Crossing 2/10 (looked like the East Coast of Australia’s condition on a good day though).

There was many of paddle battles along the way with myself and Andrea Moller catching the same runner (Andrea is a weapon of a sheila paddle surfs 40ft JAWS just for fun.) Even winning the biggest wave ever surfed by a female award, I take my hat off to her what a gun. I tell ya what they breed the sheilas hard core over here on Maui.

Had a great paddle battle with young James Casey neck and neck the whole way till the last 3 kilometres. Big congratulations to Devin Blish who won the women’s unlimited (Devin is one of THE Fastest women on Maui). Myself, Alex Matero and Gustavo Olivera my Brazilian mates where on a mission to do a good time, take a different line than last year and we had some all time paddle battles as always along the way. We where all way outside the Kamalo Buoy by about 2 kilometres which is the best line to take. I had some major falls out there, I just had to sit on my board at one stage for like 2 minutes adjusting everything even fixing my GPS watch as I nearly lost it of my wrist on a fall, Gustavo paddled past me asking if I was OK “I yelled out all good mate just keep going.” I was hoping to beat my best time of 3 hours 35 minutes but that wasn’t going to be the case. I ended up doing a time of 3 hours 48 minutes getting a second place finish in the over 50’s which I was more than happy with. Well done to good mate Ralf Stifford wining the over 50’s beating me by less than a minute and well done to Kathy Shipman who was paddling Jeremy Riggs old board this sheila is a weapon of a paddler and a very talented surfer and can butterfly as fast as a fish in the pool, finishing only 4 minutes behind me (Kathy is another fast female on Maui - both Devin, Kathy and Andrea have smashed a lot of guys egos “Yes Please Mr Wizard” thats Gold)

I recon if you was to make love to any of the girls here on Maui you’d better make love to them like a mink and not like a lion or I’d hate to be in your shoes.

It was great to see Australia’s Karla Gilbert paddling the Pai’lolo Channel for the first time. This sheila is one of the best Iron-Women Australia has ever produced. Karla Gilbert is the Elle Macpherson of Australian Water Sports in my books.

One Lady I’m so stoked and very happy for is good friend Peggy King I believe Peggy is the oldest female competitor to ever enter this race. Peggy was on a mission to do the Pai’lolo Channel in under 5 hours Peggy. Peggy smashed her 5 hour goal with ease well done Peggy.

Congratulations to Connor Baxter, Kai Lenny and the Legendary Dave Kalama for coming in first, second and third, mate these blokes are weapons. How good would it be to Paddle as fast as those guys.

I’m so stoked for Connor Baxter winning for the fifth year in a row with fierce competition every year “No Shallow Victories Ever In This Race.” Connor’s fastest time ever for a Pai’lolo Channel Crossing is 2 hours 55 minutes, thats super-human fast. Hope Connor can keep going and make it 10/10 like World Paddleboard champion Jamie Mitchell.

Thank you Rodney Kilborn for putting on this great event you Handsome Bugga You. Looking forward to returning in 2015 for another Pai’lolo Channel Crossing.

SUP Racer had a writeup about the race: Connor Baxter Wins Maui 2 Molokai Ahead Of Kai Lenny, Dave Kalama And Travis Grant; Devin Blish Fastest Of The Women.

After reading this, I’m intrigued if the V-Drive paddle really worth switching to?

Elizabeth Warrick, on Kai Lenny’s escort boat, wrote an awesome story about the race: I Survived the Maui to Molokai SUP Race 2014! » maui.molokai.sup.race.2014.kai.lenny

What a great race that was. I been covering this race from the time when a handful of guys were doing it and this year we had 76 racers. Finally I was able to race myself. The best thing I ever done in SUP. I got some pictures and recap on my website check it out: http://standupmagazin.com/2014/07/maui2molokai-suprace-recap-results/ 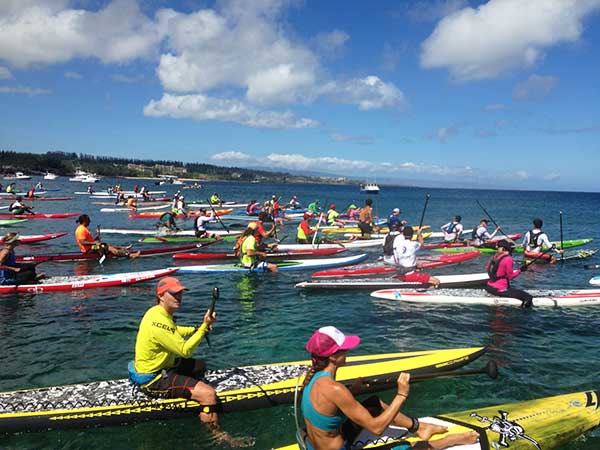 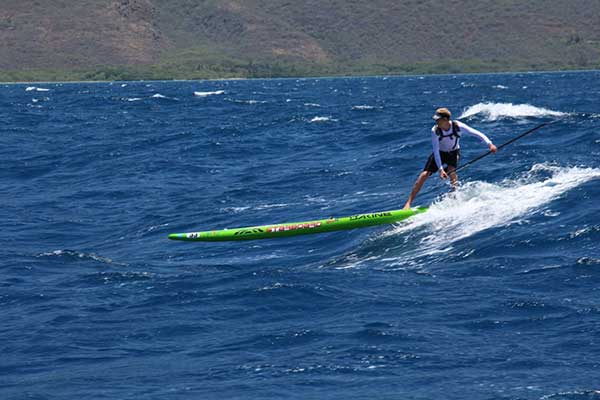