If Your Leash Breaks and You're Going Solo Downwind!

Today I was having a wonderful SOLO downwind prone paddle, finally getting in the groove of knee paddling, when I fell off on a fast steep glide. I immediately realized that that my leash broke.

I started swimming frantically to catch the board. The board then twisted from facing downwind to across the wind, and then it started rolling downwind way too fast for me to catch it. With an iPhone in an X-1 arm case, I then tried treading water to try to call 911. I never realized how hard it would be to make a call without being able to sit on a board. I felt that it would be too hard to punch in my passcode, and I forgot there’s an emergency button in the lower left of the password screen. So I tried using Siri to make the emergency call. That just was not working, with the typical Siri thinking I was saying something else. I then managed to get Siri to call my girlfriend Ali, and I just could say “Call 911. Leash Broke” and then I got disconnected. It then took some time before I could get Siri to cooperate with another call to Ali. I told her that I was really out of breath, which I was after sprinting to get my board and then trying to tread water for several minutes with just my legs in the rough seas. And the stress of fighting with Siri didn’t help! While I’m a strong swimmer, I was a bit concerned as was winded from just paddling super hard, and then from sprinting for my board. Boy, did I wish I had some floatation! Plus, the seas were super rough for swimming.

I decided to swim toward shore at the Kuau windsurfer launch. This was slow going in the big swells and wind. A bit outside the rock reef, I spotted the jet ski and waved him down. Once on the ski, I asked the operator, Brandon, “Can we find my prone board?”. I was stoked when he said sure. Since I started timing my run, I had an idea of where the board would be. It had been about 25 minutes since I lost the board, so I figured the board would be somewhere off Baldwin beach. We found the board about straight off of Baldwin Avenue. The board goes about same speed downwind by itself in 30 mph winds as when paddling it!

When I got to the beach, the lifeguards told me that Kaleo, at Hookipa, had seen the board flipping in the air. 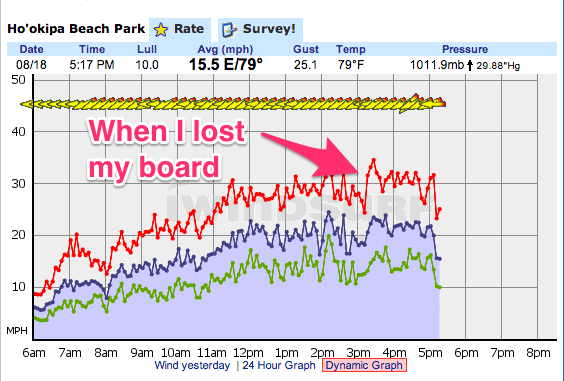 Brandon, 2nd from left, was the super jetski driver who picked me up and then found my board. 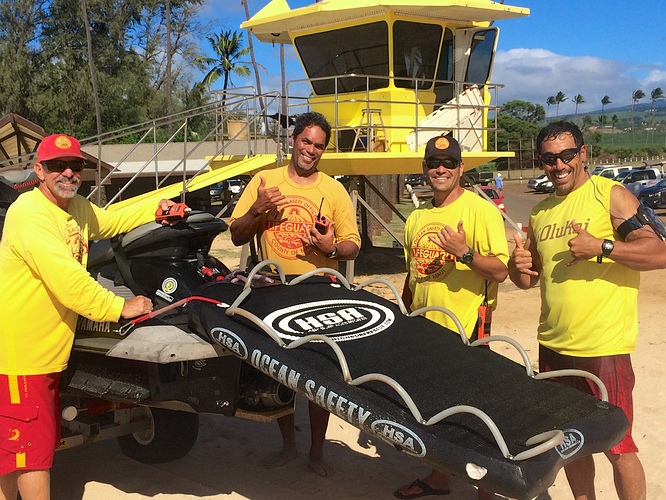 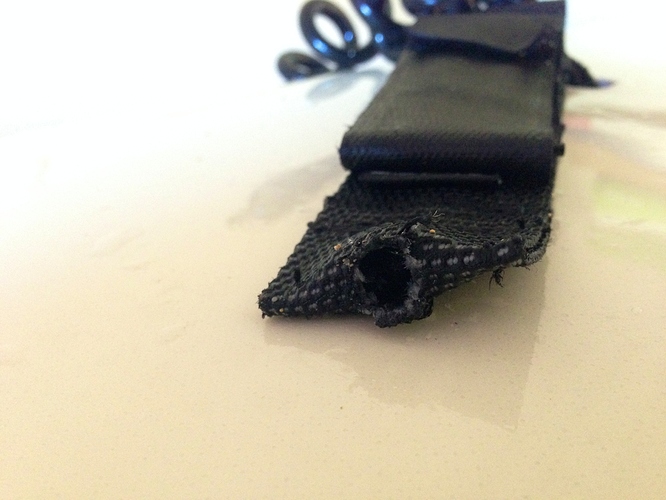 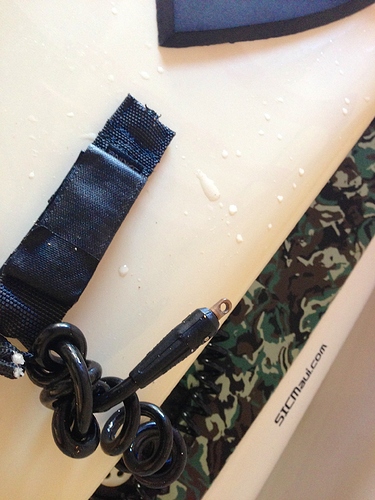 Today I tested out trying to call 911 from my iPhone inside it’s waterproof case. This was good practice. After completing the call, I hung up immediately, and got a call back from the 911 folks and I assured them I was testing the phone. I found that I had to use very solid pressure to get the touch screen to activate. If you’ve never tried to use your cell phone while treading water with your feet, it’s not easy! I thought maybe I could operate the phone underwater, but that’s worse as I couldn’t read the phone (unless I had goggles).